The SEO Framework v3.1 is almost ready for release! As always, we’re going to dub it TSF.

This update brings over 700 recorded changes. Many of these changes are API related.

From May through August, we have, most importantly:

Developers: Reach out to us!

With every major update, we tend to change the API. In this update, with all these major changes, the API has been overthrown.

We understand that developers who worked with the previous API will now have to do extra work and that this isn’t always welcomed. However, we believe these changes are for the better.
You shouldn’t face any fatal errors on upgrading; however, you may be welcomed with “doing it wrong” notices.

Now, to alleviate this inconvenience, if you find that your filters or adjustments have stopped working after upgrading, feel free to reach out to us via the support forums. State your previous implementation (show the code!) and we’ll send an updated version back.

Say you’re writing a letter by hand (are you crazy!?), and then you realize you forgot to mention an important part somewhere in the middle. Now, you could insert that part between two lines… or, you could rewrite the letter. The latter makes the letter much more legible.

As we add patches and features to existing code, we often have to hijack its structure because they were never accounted for. These hijacks can obstruct implementing new features or patches. Eventually, we’ll lose track of what’s what.

With a rework, we put all existing code aside, look at what the old code effectively achieved and what we want to account for in the future, and write new code from that. The new code should do exactly the same. So, nothing changes for the user in this process. But, we can then add new features with confidence.

The reworked code parts stem from 2015 (TSF was soooo cute). Back then, we didn’t know what users (and we) wanted three years later.

Now, we’re not going to bore you with the details. The gist is this:

Once again, no (boring) details, just a gist:

Firefox gives you a glorified Internet Explorer 6 experience. It’s modern, fast, extensible. But, some bugs are still hanging around from their past era. The most notorious bug is where you’ll find words collapsing in tables. This happens when table content doesn’t support it’s assigned width.

This is a bug put into effect by WordPress, and you could fix it by switching browsers, disabling the SEO bar, or by closing your eyes.

Now, to alleviate this bug, we’ve made the SEO bar smaller and collapsible. It’s now aware of its surroundings, and won’t push other table items out (as much). This won’t fix the Internet Explorer 6 bug, but it will make it a little more bearable. And, we think it looks better too!

Other notable changes are:

Both the pixel and character counters are smarter:

The character counter is no longer obnoxious. Instead of exclaiming “Bad”, it’ll say “Far too short/long”.

The pixel counter is now your new best friend (yay). It’s color-coded, and it’ll tell you more when hovering your mouse pointer over it (or tap it on a touchscreen).

The pixel counter will show this, in order: 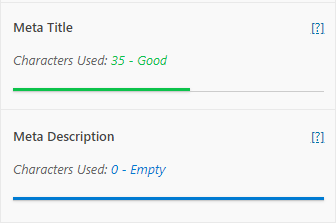 It’s very important to note that Media (Attachments) is registered as a post type. And, because of the new post type options, we had to migrate “Attachment noindex” options.

This brought many issues. And to solve them, TSF:

To make a very long and intricate story short:

TSF is no longer scared

When TSF detected other SEO plugins, it tried to help you by deactivating some or most of its features. This prevents meta-conflicts and administrative confusion for new users.

This was self-deprecating: Not only did users think the plugin was broken, but we even saw professional reviewers not pick up on this when they needed to. So, the plugin now always outputs metadata, and it will always show its settings.

We’ve retained all plugin conflict checks, but we now emit warnings wherever needed. It’s now up to the user to enable or disable features. 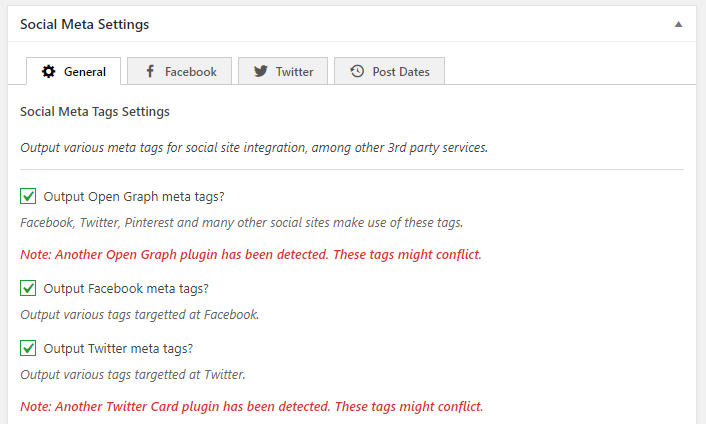 N.B. The beta phase is over. This update is scheduled for release as-is. Thanks for testing!! 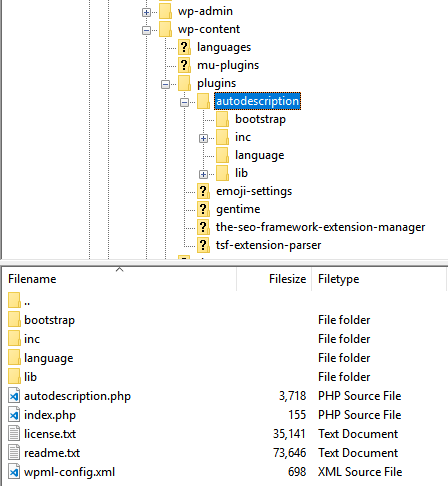 Do more with extensions

View extension
Rank higher with a focus on keywords and subjects.

View extension
Connect TSF with AMP in just one click.